They have extended the life of mice again 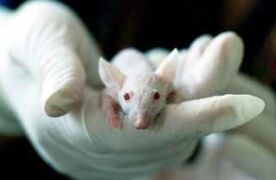 This team of researchers from the Salk Institute in California had already been able to extend the lifespan of mice with gene therapy in 2016. These were proteins from Yamanaka (Nobel Prize 2012) capable of modifying the expression of certain genes, and to produce stem cells. These were mice that had already been genetically modified to age faster (see this article).

Again, the experiment was carried out, but this time on normal mice, with encouraging results: rejuvenating effects were observed on the kidneys and the skin of the animals. In addition, there would have been no appearance of cancers in the treated mice. the risk of these gene manipulations producing stem cells is to see abnormal cancerous cells appear.