Kairos T-band: a smart health connected bracelet to transform your mechanical watch into a smartwatch

It’s not the first time we’ve heard of Kairos. Behind this young brand hides a small team from South Korea, Europe and the United States, which had amazed many techies in the middle of the year by announcing the Kairos Smartwatch, a superb watch capable of displaying a transparent OLED screen over the hands of a mechanical watch. Kairos returns today with a new project, the Kairos T-band, a smart health connected bracelet that can be attached to any mechanical watch. The latter then becomes an activity tracker, or even a smartwatch if you opt for a bracelet surmounted by a screen.

If you've already managed to really wow someone just by showing off your smartwatch, let us know in the comments.

Kairos has just presented this new product on the crowdfunding site Indiegogo. The T-band is therefore a bracelet that can be worn on different watches. It is able to adapt to watches with a strap width ranging from 18 to 24 mm. Three different bracelets are available, with more or less functions. The T-Band ND is a smart health connected bracelet without a screen. It has a vibrator and a multicolored notification LED, is capable of monitoring the user's sports and sleep and has autonomy estimated at 7 days with a 200 mAh battery. This bracelet also has a nine-axis gyroscope, a compass, an optical sensor and a galvanic sensor for measuring skin temperature and sweat rate. This is available for $ 129 on the crowdfunding site. 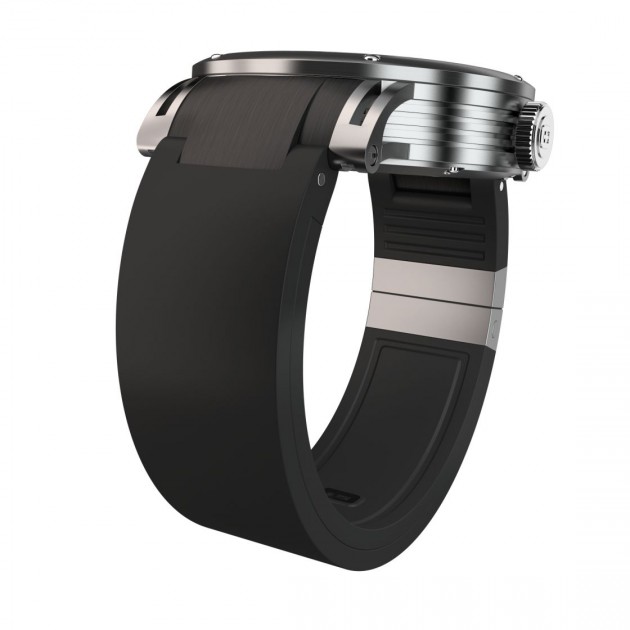 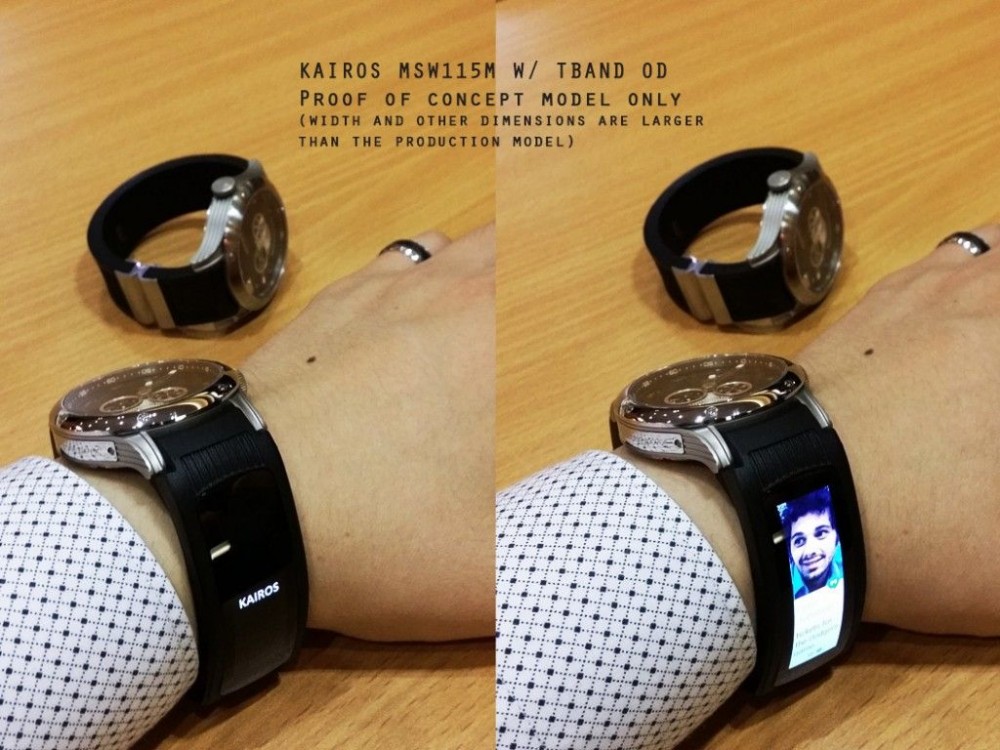 A prototype of the Kairos T-band OD

Two other bracelets are also planned. The HD T-band (for Hidden Display) and the OD T-band (for PMOLED Display). These two bracelets are surmounted by a screen. The first is an LED screen capable of displaying basic information (a few Latin characters and numbers) on its screen while the T-Band OD is a curved color OLED and touch screen able to display notifications from your phone, emails, SMS, etc. The T-band OD also has a microphone, an ARM Cortex-M4 processor, supports Bluetooth and runs on Kairos OS, an in-house software. On these two models, the autonomy is however reduced, of the order of 2 or 3 days for the T-band HD. The price of the first HD T-bands is $ 159 on Indiegogo ($ 179 once the first 300 copies are ordered) and $ 179 for the OD T-band ($ 199, once the first 300 copies are ordered). 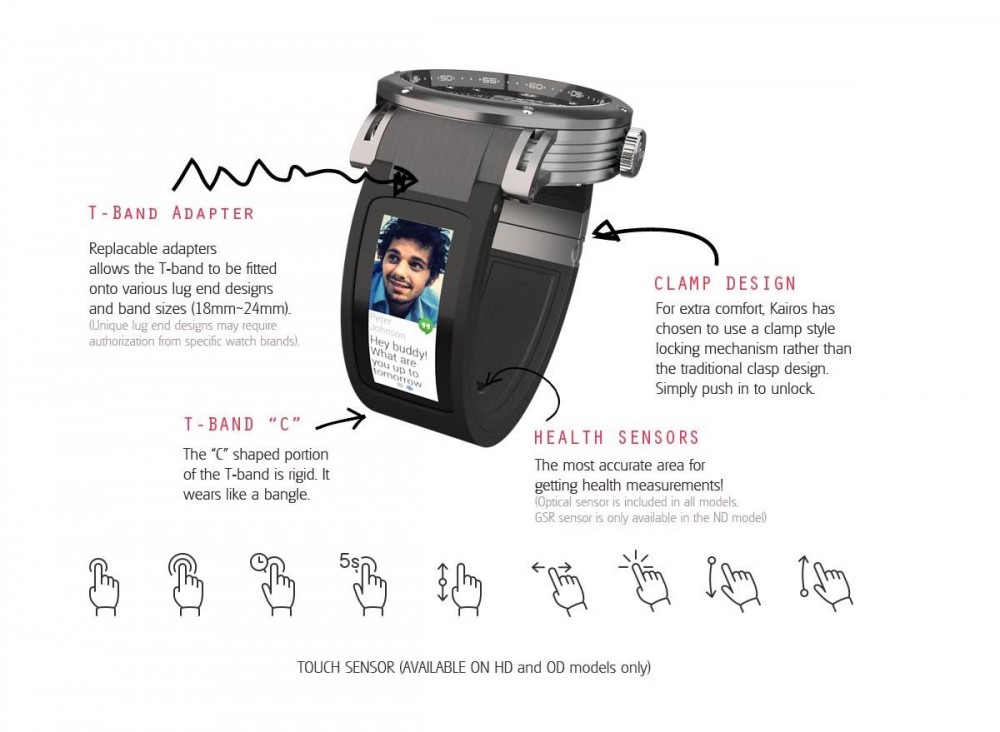 Kairos is currently asking for $ 50,000 for " share its progress with its first buyers ". In other words, this crowdfunding campaign is mainly there to promote their new device. Currently Kairos has raised just over $ 16,000 and there are still 34 days left before the campaign ends. Kairos specifies that its previous semi-mechanical smart health connected watches, half-smartwatches, have already been funded thanks to pre-orders. These new bracelets allow to launch a more affordable product and perhaps a little more general public. The delivery of the bracelets and watches is scheduled for April 2015. We will follow all this very closely.

Getting started Peugeot 3008 Hybrid4: a hybrid SUV that dares the beaten track

How to choose an amazon air purifier? Buy better and cheaper

What are the criteria for choosing the right builder of contemporary houses?

DIY– How to solve the waterproofing problems of your roof?

We will be happy to hear your thoughts