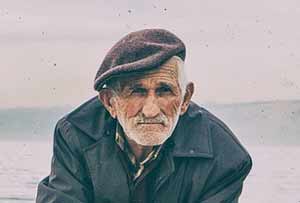 A recent study from the University of Rochester, shows that centenarians more often than others have a variant of the gene responsible for manufacturing a particular protein SIRT6, which could explain their longevity.

Another study has also just been published in PNAS on the regulation of the lifespan of Drosophila flies by SIRT6.

In the case of this genetic variation, the SIRT6 protein produced then appears to be more efficient in repairing the damage suffered by our DNA and avoiding the genetic mutations which tend to accumulate as we age, and which promote the appearance of abnormal cancerous cells. . Likewise, resistance to oxidative stress and the destruction of cancer cells are improved here.

The researchers were surprised by this discovery because, usually, the genetic variants are rather found with harmful effects and leading to diseases.

In the end, this study confirms that the stimulation of SIRT6 activity could, in addition to flies or mice, benefit humans.

All that remains is to find a way to go in this direction, and without undesirable effects…

Learn more about sirtuins and anti-aging >